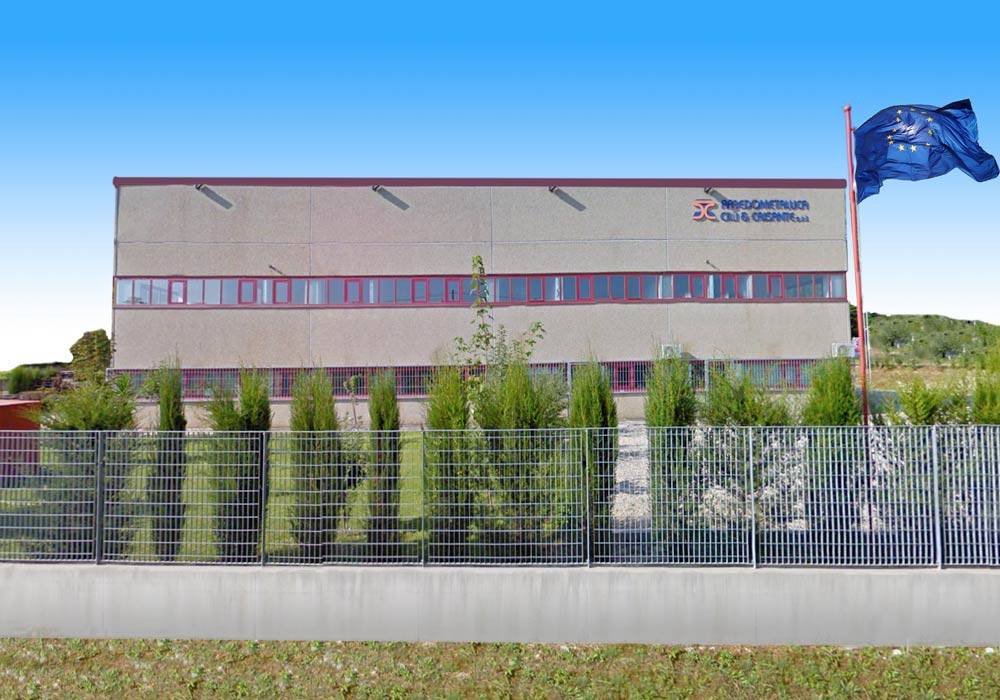 Our company was founded in 1970 by Giulio Cilli and Pio Crisante with a precise aim: “the desire to make business”, and everything began in a small rented building. In the early eighties the yield of previous years of work gave the company the possibility to grow and expand the own production base.

In the following years the company evolved and the production of metal elements for chairs, tables, armchairs and sprung bed bases was completed with the construction of furniture for offices, cinemas, theatres, shops and communities and with the manufacturing of tubes and sheets in steel and aluminium for the industry, including the railway sector.

In 2002 the new generation joined the founding members with Marini Angelo, sales manager, and Ruggieri Fausto, production manager: from that moment on the company name, which was “Cilli & Crisante”, has been “Arredometallica Cilli & Crisante s.r.l.”.

In 2006 the company, in its continuous evolution, needing more space for the production, moved permanently into the present industrial building covering more than 3000 mq.

This last step enabled the Arredometallica Cilli & Crisante to reorganize and develop the production’s capacity, thereby providing its customers with an even more efficient service based on 40 years of knowledge.